Immediately post-Brexit a wave of gloomy news hit hard; with forecasts of dramatic decreases in London property values dominating the newsstands. This isn’t unreasonable, considering houses and apartments in London have been attracting high spending continental buyers for several years. 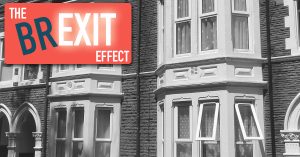 There have been whispers of European companies based in London possibly relocating to new shores.

The glut of empty properties this would leave weakened the already nervous market; as did Google’s revelation that thousands were searching for ‘the effects of Brexit on property prices’.

In the six months following the Brexit result there was a dip in the number of house moves completed, and London house prices stabilised, but pretty soon the market settled back into the place it left off.

Since then there have been plenty of positive reports, and although Brexit uncertainty may be making the French and Italians hold off until more policies are shaped and plans finalized, the Asian and Middle-Eastern markets are producing a new wave of buyers – unfettered by the influence of this ongoing political scenario. 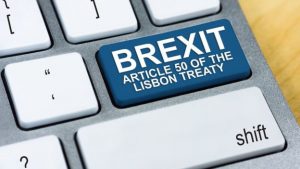 Following a fairly long hiatus, article 50 was finally triggered back in March of this year. Although some property deals were cancelled in the immediate aftermath the panic soon passed and the market stabilised once again.

Until specific details of Brexit are agreed on between the UK and the rest of the EU it is difficult to predict the real effects of the decision, but should Eastern European tradesmen, [who make up nearly 25%of the London based crews, and generally work for a lower rate of pay than their British counterparts], be forced to leave the UK then the cost of construction work is bound to soar.

There’s already a housing shortage, so a drop in the number of new builds will create a very competitive market for those looking to sell or release equity.

Right now it is difficult to predict the exact consequences of Brexit for the London property market, but it does seem that this is a good time to either buy into or hold onto that London home, as it’s definitely a valuable commodity.